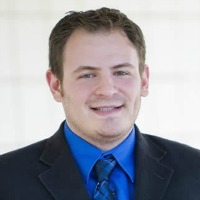 A bill approved by the House Commerce Committee on Feb. 17 would nix licensing requirements for various professions, including yoga instructors.

One of Gov. Doug Ducey’s top priorities from his State of the State address took its first step toward completion as a House committee signed off on his plan to eliminate licensing requirements for a handful of professions, but there is still much work to be done before the proposal is in its final form.

HB2613, which the House Commerce Committee approved on Wednesday on a party-line vote, would nix professional licensing requirements for landscape architects, geologists, assayers, driving school instructors, fruit packers and yoga instructors. Rene Guillen, a policy advisor to the governor, said the bill would be a step forward on Ducey’s goal cutting down on the number of professions that require licensing by the state.