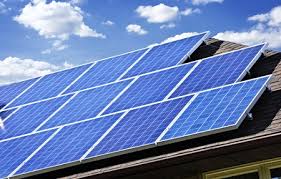 The Arizona Corporation Commission today approved a small fee on solar customers in a much-watched rate case, shutting down a request from a utility for big changes to solar rate design and net metering.

UniSource Energy Services wanted all of its residential customers to move onto three-part rates, which include a basic service fee, the cost for the volume of power used, and a demand charge. Under a demand charge, customers would be charged a certain price for the highest amount of power they use during peak hours throughout the month.

The utility dropped its bid for mandatory demand charges for all customers, but still wanted new solar customers to be moved onto them. The utility also wanted to alter net metering, from the full retail rate now paid for excess power down to the rate it pays for power from large-scale solar arrays, decreasing the amount by about half.

UniSource, a sister company of Tucson Electric Power, serves about 93,000 people in Mohave and Santa Cruz counties. At public hearings in Kingman, Nogales and Lake Havasu City, hundreds of customers spoke out against the plan for mandatory demand charges and changes to solar.

But the commission put the brakes on any big changes for solar customers, at least for now.

In the interim, Commissioner Andy Tobin proposed a $1.58 fee for capital costs for an additional meter that solar customers need. UniSource, as a “compromise,” had asked the commission to institute a $7 fee for the meter, billing costs and meter reading before the value of solar docket’s completion.

The value of solar docket is expected to be considered at the October open meeting, and UniSource’s second phase of the rate case should be completed by March 2017.

The commission approved an increase in the utility’s basic service fee to $15 from $10, though the fee will be less for customers on time-of-use rates.

Utilities, including UniSource and Arizona Public Service, which intervened in the case, said the commission has already been considering solar issues for years, and delaying until after the value of solar docket wasn’t necessary.

“We urge the commission to take some action today to address the cost-shift inherent in net metering,” APS’s attorney, Thomas Mumaw, said during the open meeting. “If someone could assure me that this would be resolved by year-end, I would be less concerned. My particular company is adding literally 1,000 customers a month on this, but I know that won’t be resolved until our own rate case.”

Solar groups praised the commission for only instituting a small fee.

“I appreciate the commission’s commitment to reason, to stakeholder input and to the public interest through this critical decision about the future of solar energy in Arizona,” Briana Kobor of Vote Solar said in a statement.

Court Rich, an attorney for The Alliance for Solar Choice, said other utilities charge a fee for the additional meter for solar customers, and the rate case proceeding was a “victory for the process.”

“It’s a good thing that the commission is committed to the process, and the solar industry is certainly in favor of a robust process based on facts and findings,” Rich said.

SolarCity said in a statement that it was encouraged that the commission recognized demand charges weren’t right for UniSource customers, and the company looks forward to discussing solar more fully in the value of solar docket.

UniSource also said it was encouraged by the decision because “the commission and other parties involved in the case have acknowledged the need for modern rates that more fairly and accurately recover our service costs,” UniSource spokesman Joe Barrios said in a statement.
“There’s more work to do and we look forward to the continuation of these proceedings and the adoption of new net metering policies that are more equitable for all of our customers,” Barrios said.