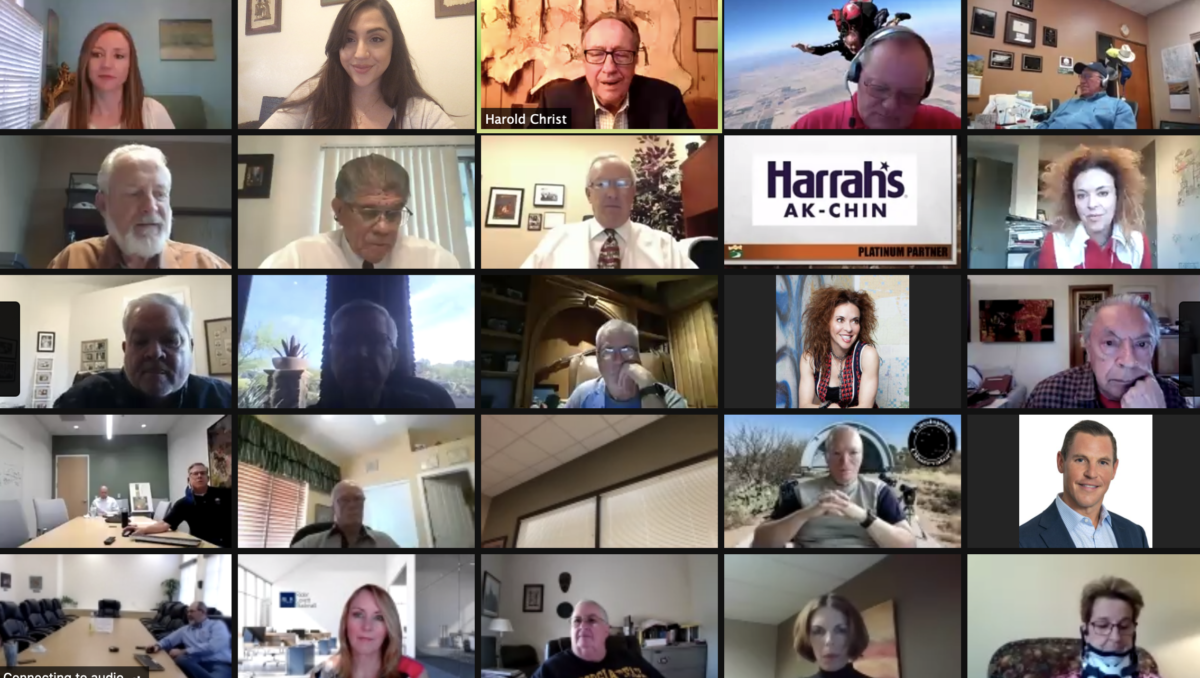 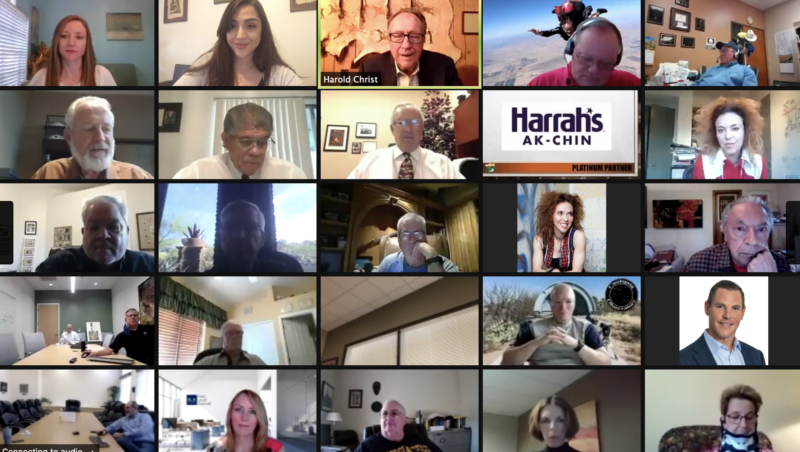 The Pinal County Board of Supervisors is reflecting on nearly a decade of accomplishments and developments for the community. Harold Christ, President and CEO of Pinal Partnership, kicked off today’s virtual panel discussion by noting how celebrations are “bittersweet” as several board members reach the end of their terms in January.

What’s a word that describes your tenure?

Smith: Perhaps I’m not the most exciting type of speaker, but I’m the most steady. People often describe my work ethic as steady leadership.

Rios: Salt of the earth. People often tell me you know what you’re doing, and there’s resiliency.

House: Accomplishment. We have been able to accomplish a LOT! A lot that maybe people thought we’d never be able to get to and we’ve set a high bar for future supervisors. I couldn’t be more proud of what we’ve accomplished over the last 8 years.

Goodman: Persistent. Some people say I’m overbearing, but I like to say I’m just persistent.

Miller: Consistency. I don’t deviate from my stance or position, whether you disagree with me or agree with me, you probably know how I’m gonna vote.

When you look at your legacy, what are your greatest accomplishments?

Smith: I was in a leadership position in multiple national crises, first the first recession and the housing crisis. Now the Covid-19 crisis. I’ve enjoyed working with this group, but one of the things I brought to the board was my ability to plan and strategically think. I brought that early on to the county and we get on the same page with the county manager and the staff all using the same road map.

Rios: My political career spanned 40 years, but mostly it’s my reliability in the constituent work. It’s not just about policy, it’s about working with people, negotiating and maneuvering through the red tape government imposes. And I’ve been spending my career helping people navigate that system. But one of the most important things throughout my career was focusing on involving young people. Bringing them in the process and showing them what it’s all about. Many of my interns are now in key positions in politics and education. Stoop down and help others come to their greatest potential.

House: The open space and trails. We were able to implement a plan and work on the parks.  If you don’t reserve open space it’s going to be developed on. We need wide open spaces and wide open opportunity.  I also remember I went over to a neighborly dispute over the property line and when I get there I see both men had their guns on them.  I said, “Guys… either both of you lose the guns, or someone give me one so I can defend myself.” But it turned out to be a pleasant discussion with a peaceful resolution.

Goodman: Uniting people in the common good of improving this area. We’ve made major improvements, major clean up in various communities. I want to be remembered as a guy who doesn’t think of just himself, but thinks about others and how to help them.

Miller: My legacy might go down as a guy who was able to get the dust monitor moved.  The air quality monitor that we had in Cowtown for years was causing so much heartache, it was causing significant revenue decreases. We still feel the remnants from those readings.  But we got it moved and to be told there’s never been a monitor relocated by the government ever, that felt like quite the accomplishment.

What are some challenges you’ve faced so far ?

Smith: We lobbied the governor for Pinal’s portion of the CARES Act and we extended a lot of political capital to do that. The CARES Act money was given to the largest counties, while the small counties were basically left high and dry. Many of the communities in Pinal also lobbied, but we met at the Board of Supervisors and we lobbied hard. When we got the governor to release the money, we didn’t hold on to it like many other counties, we distributed the money within a week or less. That might’ve been our greatest accomplishment this year.

Rios: One of the biggest challenges is redistricting. One of the most complicated bureaucratic political processes EVER. But at the end of the day, when we did it ourselves at the legislature, every single change of boundary lines came pouring in. I would have nightmares about boundary lines. It’s one of the most challenging things anyone can ever do. I won’t be doing it again anytime in the near future, not saying I wouldn’t get involved again, but I’ll leave county and legislative redistricting mainly up to someone else.

House: Covid-19 definitely took a huge toll in our area, with businesses shutting down and people absolutely afraid to leave their houses or go to the store. The families are having problems with their relationships, they’re boxed in, they’re tired, they want a regular life. We lost a lot of people in Apache Junction to Covid and that to me is tragic. It makes me feel very helpless in trying to stop this outbreak. I think we can get past it and I’m hopeful with the vaccine, but I wish there was more accurate medical information out there.

Miller:  Pinal has its challenges with water and transportation, the two elephants in the room. My advice to leaders is to just do the best you can and remember what your role is, to represent your constituents.

Goodman: Infrastructure issues that we’ve had as a result of the size of the population has been the biggest challenge for me. How do I approach challenges? I often start on my knees first, there’s a higher power a lot wiser than me. A lot of people have been hurting in the pandemic, but one thing that’s been comforting to me is talking to business owners who say they don’t need the CARES Act money. They said they have savings and they wanted the funds to go to other people who needed the help. Business were willing to forego that opportunity and say no, give it to someone else in need. Covid came to help unify us.

Pick a board member you’ve disagreed with (or agreed with the most) and pay the member a compliment.

Smith: Supervisor House, I appreciate the times we’ve connected at the Board of County Supervisors Association and our travels to Washington, DC to lobby on a federal level. People don’t realize the influence of County Supervisors. We were a very effective team in laying out the case for Pinal County.

Rios: I think my board members are great examples of how county supervisors are non-partisan. Our focus is on what’s best for our constituents.

House: Tony, I’ve enjoyed your company and camaraderie over the years. I might have some more time on my hands now to work on your bucket list with you.  I’d like to also reach out to Supervisor Rios to say we’ve had some good conversations about differences between republicans and democrats but we could always put partisanship aside and we’ve been able to build a great relationship to get a lot of things accomplished.

Goodman: All five of us have the best interest for the county as a whole, we’ve just has different perspectives on how to get there. When I came in to this position, my older brother Maricopa Co. Justice of the Peace Samuel Goodman and my father, who also served as a justice, both talked highly about Supervisor Rios. They said don’t argue with him because he’ll eat your lunch. It’s true and it’s educated me. I’ve had a great opportunity learning from and getting to know this board.