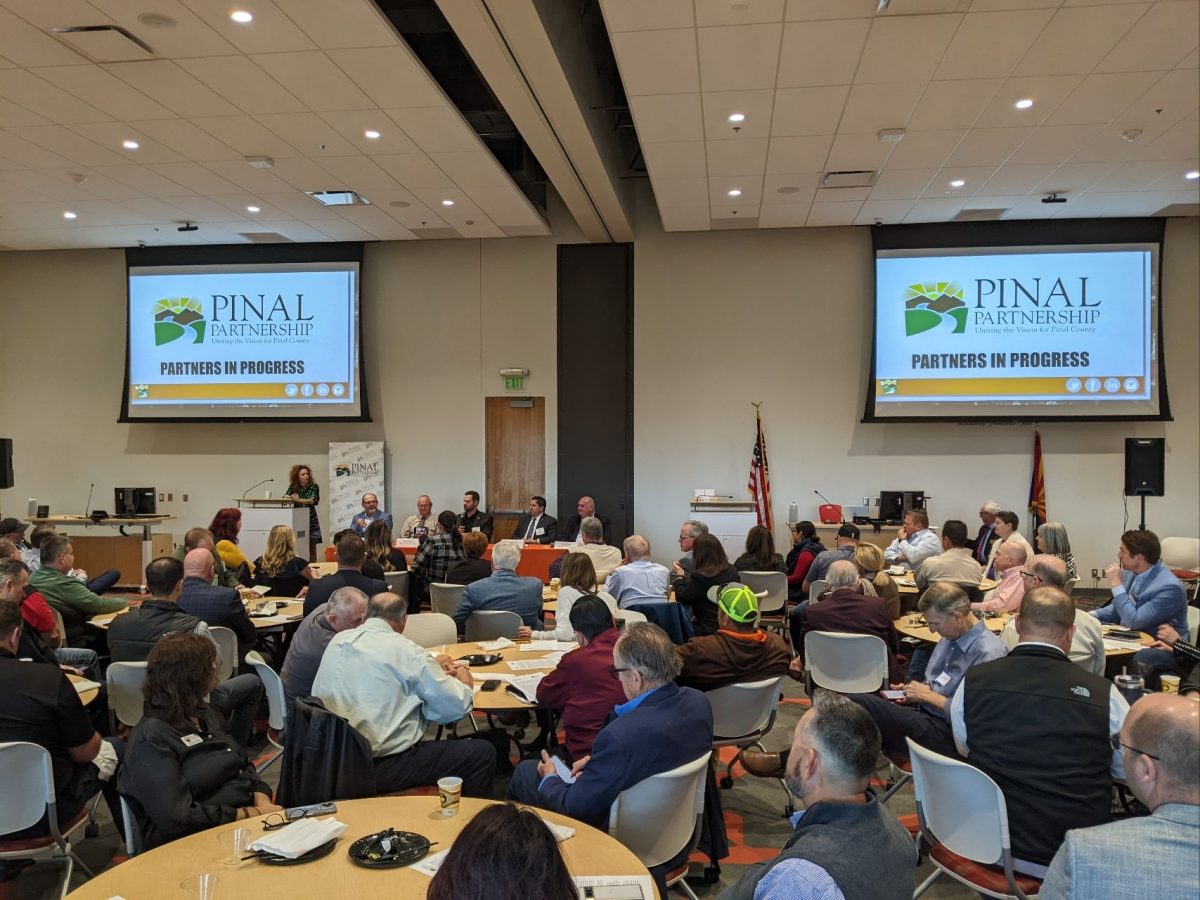 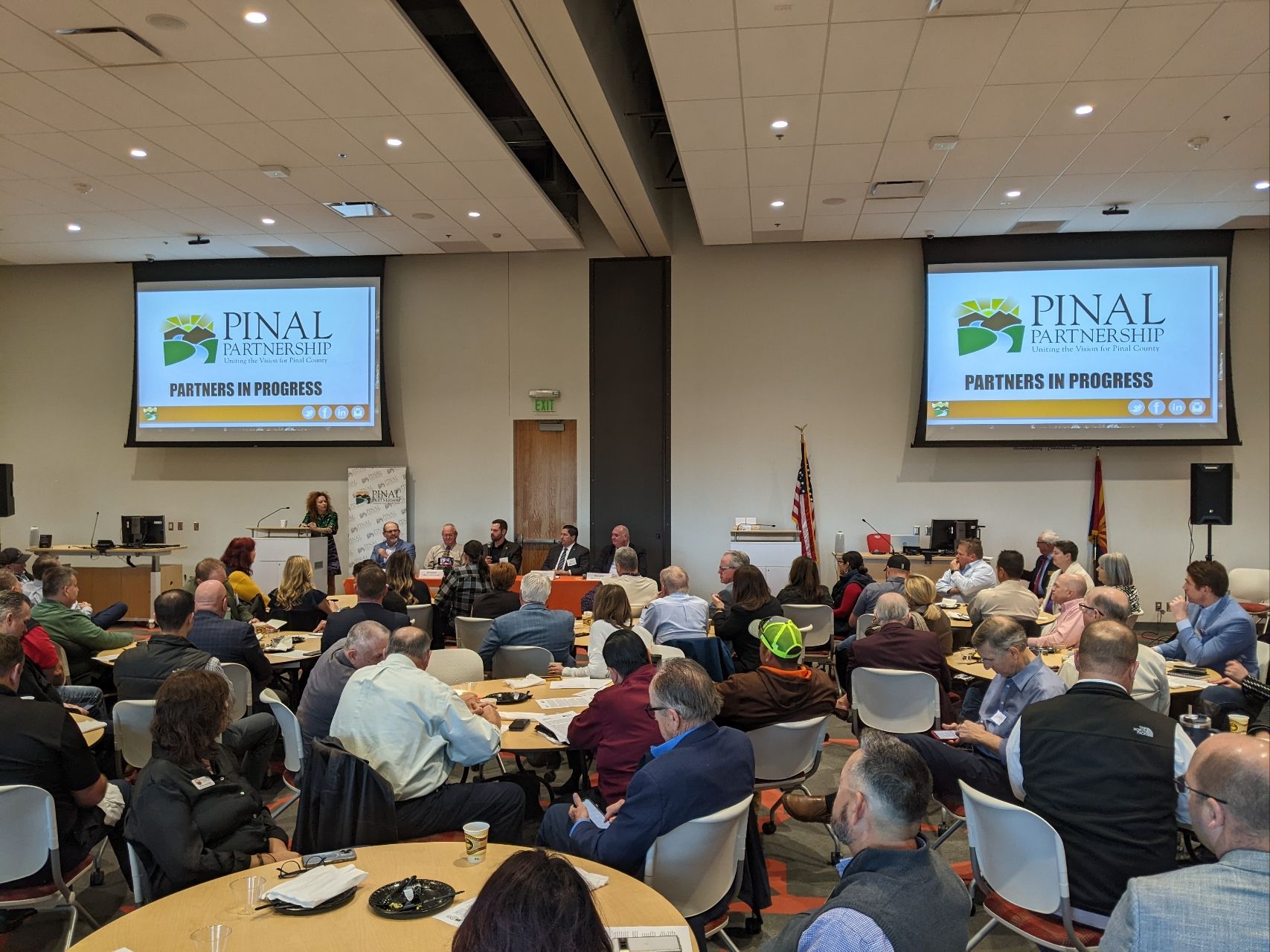 (Photo by Rebecca Timmer via LinkedIn)

“When you get into the state Legislature talking about removing some of the revenue streams that we depend on to provide our basic city services, those things are not one-time revenues,” Miller said. “Right now there’s proposed legislation to exempt food and rental tax to the city of Coolidge. That’s about 11.3% of our total (sales tax) revenue. I know for Casa Grande, I was looking at some of the numbers on the spreadsheet yesterday, it’s over 12% of their (sales tax) revenue.

“We’ll remain laser focused on opposing those types of bills. Eventually we’ll have to turn the city over to the state to let them operate our services, because those guys are taking away our revenue.”

Miller made his remarks at the Pinal Partnership breakfast, which featured a panel of city managers from throughout Pinal County.

Miller made his remarks at the Pinal Partnership breakfast, which featured a panel of city managers from throughout Pinal County.

A large crowd packed into the east meeting room at Central Arizona College’s Signal Peak Campus to hear from Rick Horst of Maricopa, David Malewitz of Eloy, Miller of Coolidge, Bryant Powell of Apache Junction and Larry Rains of Casa Grande, who shared their thoughts about key local issues such as taxes and infrastructure.

Each city manager was asked a series of questions about where their municipality was headed and they put forth their views on how their cities were responding to a number of challenges and issues for their municipality.

When prompted on key local infrastructure, Rains provided an update on the widening of Interstate 10 and unpacked a number of reasons why the recent MEGA grant sought by the Arizona Department of Transportation was declined by the federal government.

“We were very confident that with bringing half of the match to the $900 million project that it would get strong support, but it did not,” remarked Rains. “We do have some legislators and senators that are very interested in at least asking for the other half through the state (Legislature).