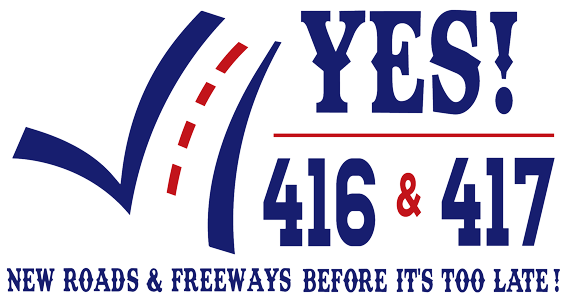 It looks like Pinal County is going to be getting some new roads — and new taxes.

Voters approved Propositions 416 and 417, according to the vote count that was finished Thursday morning.

Proposition 416 was approved by a wide margin, 57 percent in support to 43 percent opposed. Proposition 416 is for the approval of a regional transportation plan, which includes the construction of various new roads throughout Pinal County as well as some park-and-ride facilities.

Proposition 417, which sends the bill for 416’s projects over to taxpayers in the form of a half-cent sales tax, received less support than 416 but still passed, with 51 percent for yes and 49 percent for no.

Jordan Rose, who has worked on this project for the last 18 years, says “this is really a game changer for Pinal County.  Similar to what the construction of the 202 and 51 did for Maricopa County in opening up the area for major economic development.  What an incredible victory for the area!”