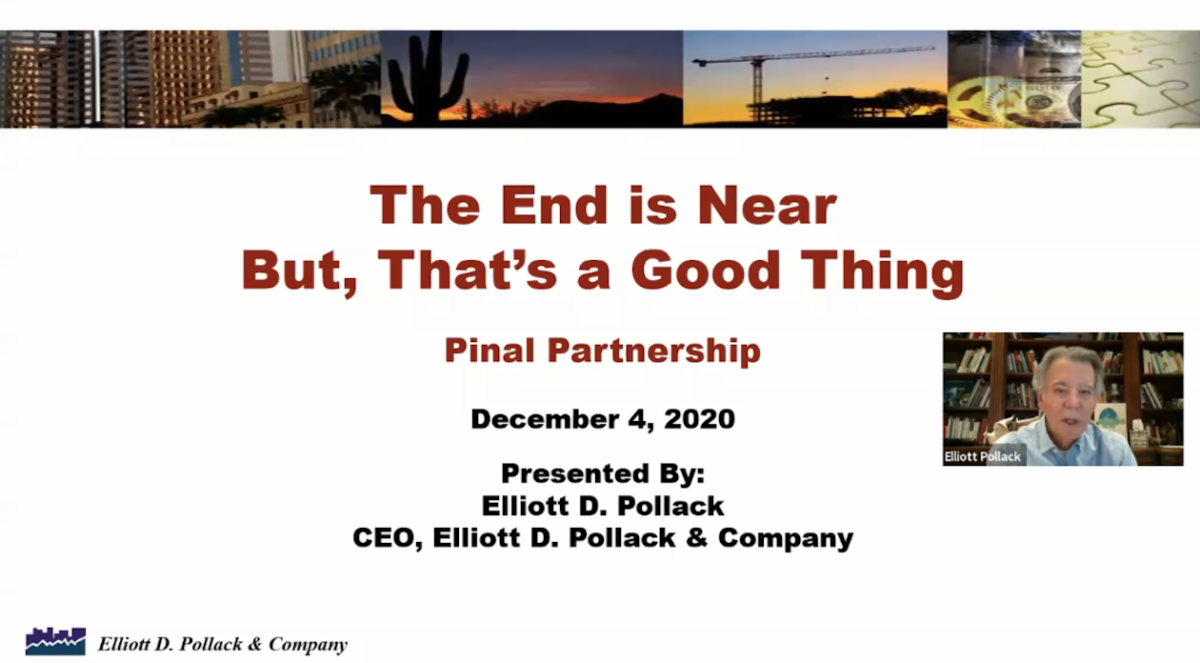 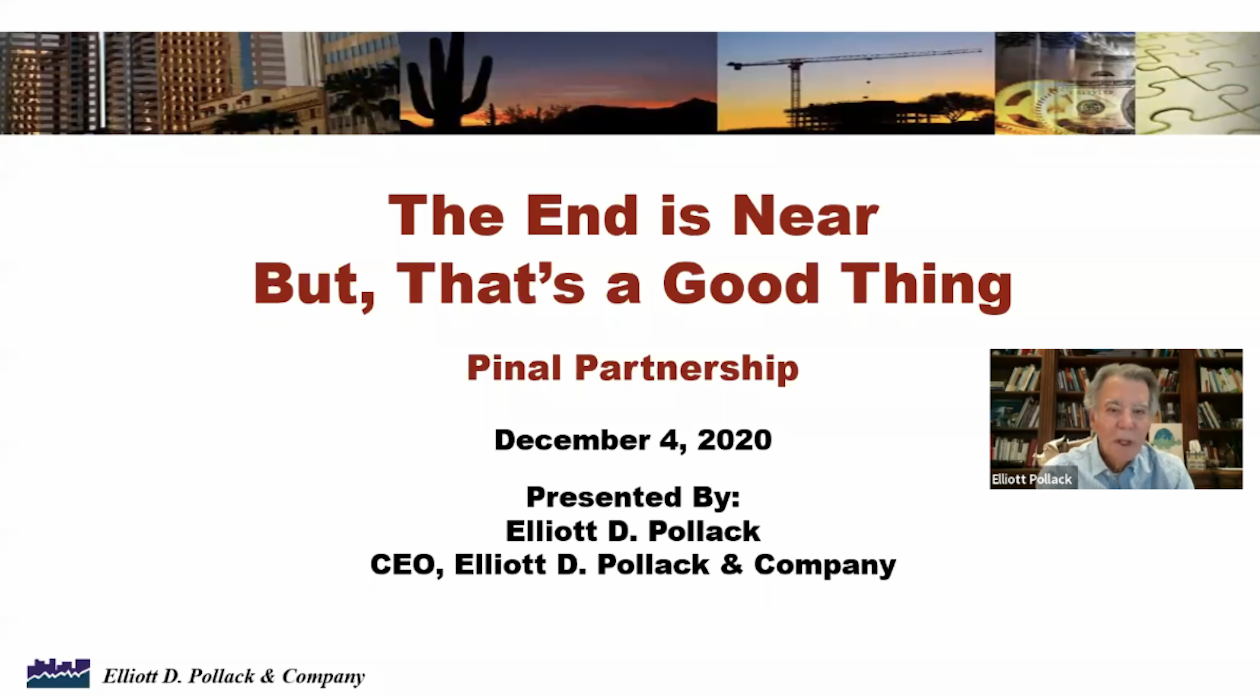 Pollack: Some economic visibility and hope

Veteran economist Elliott Pollack expects to see stronger economic and job growth in the second half of next year.

The U.S. and regional economies just need to weather the next couple months as the coronavirus pandemic continues to impact businesses, employment and consumer behaviors.

“You are going to see a fourth quarter and a first quarter that are going to be weak,” Pollack said during an economic forecast event hosted by the Pinal Partnership on Friday, Dec. 4.

“The economy is starting to normalize in the second and third quarter,” said Pollack of his expectations for 2021.

Pollack, who is CEO of Elliott D. Pollack & Company, told the Pinal Partnership’s virtual forum that he expects to see a strong economic boom starting next year.

Keep in mind there is significant pent up demand,” Pollack said.

He expects to see a burst of “explosive” economic growth when there is a relative return to normalcy.

“The economy should continue to grow at above normal rates at least through [20]23,” Pollack said.

Pollack noted the U.S. economy lost more than 22 million jobs at the onset of the pandemic and still has a ways to go to recoup those. Though he noted the Phoenix metro area was not hit as hard with 2020 job losses.

The Phoenix metro area ranks as the top U.S. job market in 2020 among bigger cities and Arizona has the third best job market among states trailing only Utah and Idaho, Pollack said.

Pollack said during the Pinal Partnership virtual forum that he expects regional job growth to be down 1.7% in 2020. “But next year it will be up 4% followed by 3.4% the year after,” he said.