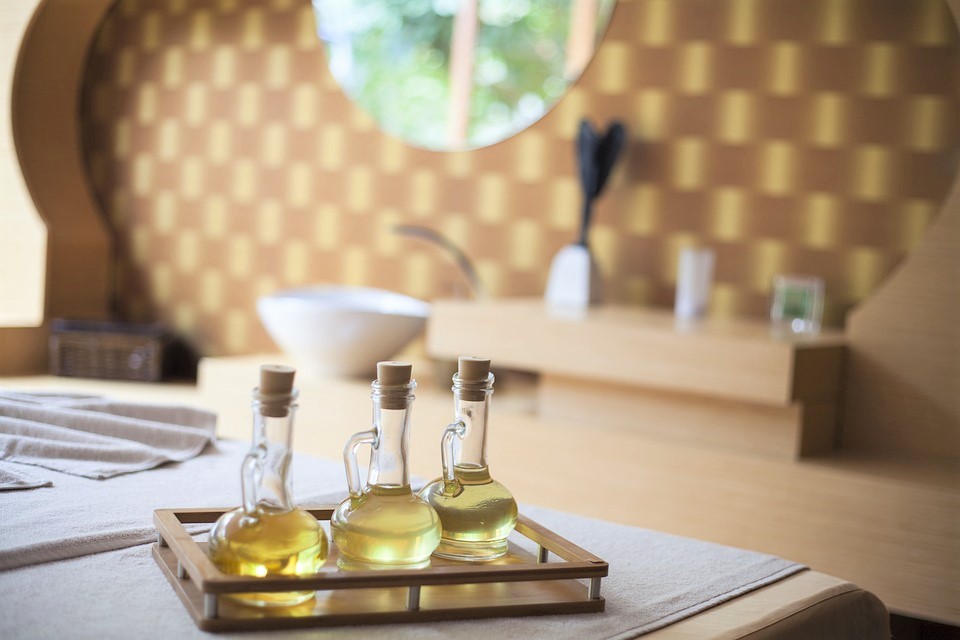 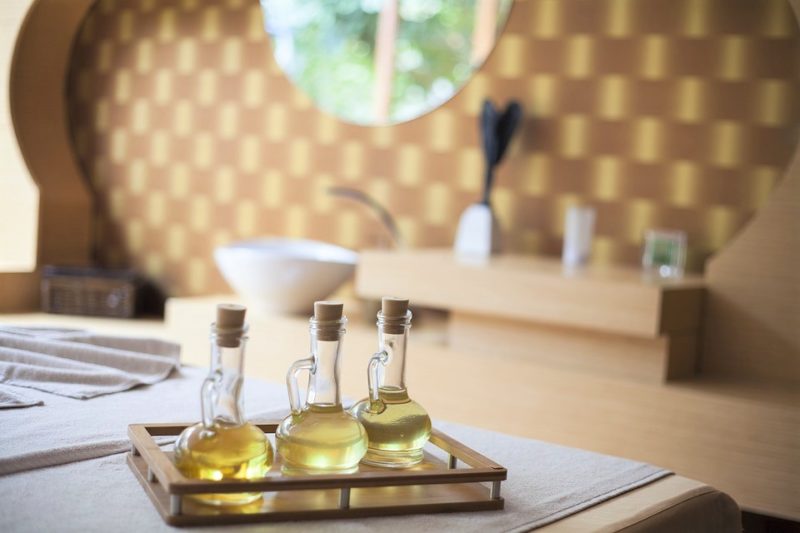 Marijuana-laced massage oils, vaping products and brownies and other edibles likely will emerge as the future of the multimillion-dollar medical marijuana industry in Arizona, thanks to last month’s key court decision, industry representatives say. Concentrates, or extracts of the active ingredients in marijuana, such as THC and CBD, are now considered legal under an Arizona Supreme Court ruling in May.

The case involved a Yavapai County man who was arrested and convicted several years ago after purchasing a small amount of hashish from a licensed dispensary. Prosecutors claimed hash was not legal under the law voters approved in 2010, which legalized medical marijuana but left recreational marijuana illegal in the state. The court decision is expected to be a boon for Arizona’s medical marijuana industry and could attract outside investment from national brands.

While experts differ on whether the dried plant matter of the marijuana flower, which is mostly smoked, is better for health than extracts, some say extracts deliver a more precise dosage than smoking and appear more socially acceptable than smoking pot.

Indeed, the May ruling may lead to more national companies participating in Arizona’s marijuana industry because “it’s more about the product, and ‘product’ means concentrates,” said Lilach Power, founder and CEO of Giving Tree, a marijuana dispensary in north Phoenix. “Those brands can think about coming in and growing their business, teaming up with stores like mine. It’s great,” she said. “There’s lots of mergers and acquisitions in our industry. There might have been some big companies that were worried about getting into Arizona, and I think this would help that barrier.” What’s more, a Tempe restaurant specializing in cannabis-infused foods lauds the decision as vital for its future.

“With so many patients seeking alternative methods of consumption, other than smoking, the court’s decision has given many the assurance they needed. So I certainly expect to see a boost in our market.  I also anticipate an increase in new brands and technology.” ~Laura Bianchi

Edibles and other concentrates comprised less than 10% of nearly 122,000 pounds of marijuana products sold in 2018, according to data from the Arizona Department of Health Services. Concentrates like massage oils, hashish, and suppositories have steadily increased as a percentage of dispensary sales, according to Power. Marijuana infused brownies, gummies, capsules and even popcorn also are becoming more popular. “When we opened, it was 85% flower and 15% was mostly edibles,” Power said.

“Today, flower is 50%, concentrates make up 35 to 40% and then the rest is edibles.” Power predicts that will only rise. “The more options people have, the less flower they use,” she said. Arizona’s medical marijuana market already is lucrative. The Department of Health Services does not release monetary figures for marijuana sales, but the industry is thought to have made upwards of $400 million last year, not including non-drug products, according to an estimate by azcentral.

Other, more experimental businesses in the state now see a clearer path for navigating the future. The Mint Dispensary opened a full kitchen in Tempe in September and creates cannabis-infused food that goes beyond the traditional brownies, gummy bears and other edibles in most dispensaries.

The take-out only restaurant serves salads, pizzas and mac-n-cheese containing marijuana. “Soon enough, you’ll be able to order your coffee here,” marketing director Raul Molina said. “You’ll have double macchiato with 25 milligrams of CBD and 100  milligrams of THC.” The business aims to provide healthier edible options for medical marijuana users who may be suffering from diabetes or who simply want options other than sweets, he said.

But the restaurant uses mostly concentrates for its products to preserve the flavor of the dish. The high court’s decision was essential to its future. “Obviously, we were keeping close tabs on it and making sure that we could do our part to make the decision go the right away,” Molina said. “It panned out and better heads prevailed.”

The Supreme Court’s decision followed a lengthy legal battle centering on Rodney Jones, a medical-marijuana patient who was arrested in Yavapai County in 2013 after purchasing 0.05 ounces of hashish from a licensed dispensary. He was convicted of narcotics and drug paraphernalia charges and sentenced to more than two years in prison.

The Yavapai County Attorney’s Office contended the Arizona Medical Marijuana Act, enacted in 2012, did not cover concentrates because of criminal statutes distinguishing between the marijuana flower, which is referred to as marijuana in the statutes, and extracts from the plant, which is called cannabis, according to Gary Smith, founding director and president of the Arizona Cannabis Bar Association. “You might be saying, ‘Well, wait a minute. Isn’t marijuana cannabis and cannabis marijuana?’” he said. “Yes, that’s true. We’re talking about the same plant.”

Will Humble, executive director of the Arizona Public Health Association, was director for the Arizona Department of Health Services when the law passed. For him, there was no question about the language. “We implemented the law. And to me, the reading of the statute that the voters approved was really, really clear,” he said. “It mentioned mixtures and preparations of marijuana and, in two or three places, mentioned specifically edibles.” https://www.youtube.com/watch?v=kZRf57MsQ28

In its ruling, the Supreme Court agreed and overturned a previous judgement from the Arizona Court of Appeals in which the judges ruled extracted material “ceases to be ‘immunized marijuana’ under the AMMA and affirmed Rodney’s conviction.” Despite the victory in court, Smith said the win was bittersweet for Rodney Jones. “What the Supreme Court did … essentially was to say Rodney ought never to have even been charged,” Smith said. “And he spent two years in jail for nothing.”

But Giving Tree’s Power said the decision will have an impact beyond one man’s case. “I’m loving it. Finally we can tell patients that they’re safe,” Power said. “We were very happy. I think our patients were happy, too, because they kept on asking questions and we told them our stand but we couldn’t guarantee anything because it was illegal.” Smith said no dispensaries were prosecuted but some patients weren’t as lucky, with “at least a dozen, if not two dozen” people arrested.

However, “the various police agencies and prosecutors have been sitting on charging these folks,” he said, “I think most likely waiting to see how Rodney’s case resolved.”

Power said the distinction the appellate court made between dried flower and concentrates didn’t make any sense. She compared it to telling people “you can eat an orange, but if you want to squeeze it and drink the juice, that’s illegal.” The distinction is important when it comes to a patient’s health because dried plant material is typically ingested by smoking, which some say can negatively affect the lungs, especially in sensitive patients. “I’m not going to tell parents that they need to now have their kids smoke flower or cancer patients that they can’t use suppositories,” Power said.

The ruling acknowledged diverse needs, saying that dispensaries “prepare, label, and report their sales of extract and extract-infused edible and non-edible products to serve patients for whom smoking or eating the plant’s dried flowers is impossible, ill-suited, or undesirable.” Although some methods of ingestion with concentrates don’t require smoking, there may be downsides to concentrates. “I think most people expect me to say that extracts and edibles are preferable to smoking the actual marijuana bud or flower,” Humble said. “But the problems that we have seen in terms of public health are that many patients, or at least some patients, don’t pay as much attention to the THC content as they should with the edibles.”

That can lead to taking much larger doses than desired. “You can get super, super high and there’s no reversing it,” Humble said. “It’s in your bloodstream and you’re just going to have to ride it out.” Humble also said that for some illnesses medical marijuana purports to treat, the medical efficacy of the products is dubious. “The voters approved a whole long list of conditions which qualify, most of which are not evidence-based,” he said. “You can get a medical marijuana card for having hepatitis C.

There is no evidence that it’s helpful at all for hep C.” Still, marijuana is effective with certain conditions, Humble said. “I think the best data is available for severe chronic pain,” he said. “And also for different kinds of seizure disorders.” During his time at the DHS, Humble said he helped approve marijuana as palliative care for post traumatic stress disorder. “It helps with some of the symptoms of PTSD – for example, being able to sleep easier without night terrors,” he said. “But it’s not a treatment.”

For many in the industry, one of the most important aspects of the court’s decision was lessening the stigma surrounding concentrates. “We were really happy that the state finally allowed us to open up the kitchen and to be able to once again take another step towards eliminating the taboos,” said Molina at Mint Dispensary. At Giving Tree, the decision was seen as a boon for patients’ diverse needs. “The more they understand that there’s so many other options to consume medicine, the less people are afraid of actually becoming a patient,” Power said.

For Giving Tree patient consultant Javier Torres, the growing social acceptance of medical marijuana had already changed his life. Torres originally wanted to be a firefighter and was even EMT-certified. But he worried about his career prospects because of his medication.

Then Torres found work in the medical-marijuana industry. For him, the decision to allow concentrates was “more of a power-to-the-people” ruling, saying it upheld the voters’ intent. “We have children who are medical marijuana patients,” Smith said. “Nobody wants a five year old smoking a joint.”